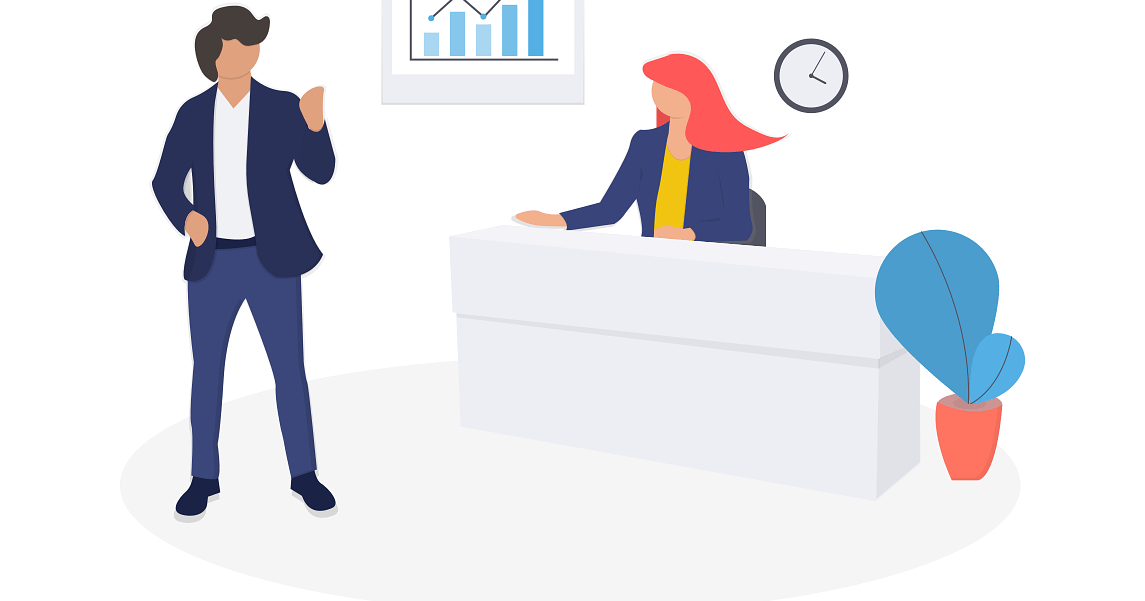 Google just made a small change that is going to have a big impact on how people manage their calendars and their time. In September, Google announced a slew of changes to GSuite with a "Featured Launch" highlighted at the top:

We’re revamping the feature in Google Calendar that helps you let colleagues know when it’s best to work with you. The updates to the Working Hours feature include:

- Working hours now show in grid view: When you schedule a meeting with other Calendar users, their working hours will be shown in the calendar grid

- Warning note for event creators: If you try to schedule an event outside the working hours of one more or guests, you’ll now see an “Outside working hours” notification

What this means is that you should very soon (if you haven't already) receive a notification in Google Calendar asking you to set your working hours along with a guess that Google makes as to what those working hours are. Working Hours, if you're unfamiliar with the feature, assumes a timeframe where you're able to accept and attend meetings and warns schedulers if they create a meeting outside of those hours.

Given that Google released more than a dozen features to GSuite in September, it's curious that they chose to emphasize this one as the marquee launch. So: what's really changed here, and what does it mean for the way we work?

In the past, Working Hours was a feature that largely went ignored by calendar users and schedulers alike. Because it was buried in the Settings page of Google Calendar, and because it was off by default, it was potentially a feature that was going unused by many. Further, because it was an optional feature, schedulers viewed compliance with it as optional: they'd routinely schedule time that went outside of your working hours and expect you to show up.

Probably the biggest shift that Google made here was to make Working Hours a default setting for all users, which pushes it toward becoming immediately more prominent when you schedule a meeting. In other words, by making it the norm and not the exception, Google has basically codified Working Hours as a requirement for scheduling meetings responsibly. It's no longer a thing your coworker obsessed with the latest Google Calendar hacks does to defend their time, it's something that applies to everybody who wants to use it.

Google is reinforcing the 40-hour workweek

This has big implications for how we think about work-life balance. With remote work and always-on culture becoming more and more prominent staples in our existence, and with the length and frequency of meetings increasing at a higher and higher rate each year, the temptation to schedule and accept meetings outside of normal work hours has similarly increased. By enforcing working hours as a guidepost for appropriate scheduling etiquette -- and by making schedulers aware that they're going outside of what's "normal" -- we may see some big shifts in how people think about scheduling events on your calendar in the future.

Of course, it will take a lot more than one feature change to reclaim work-life balance, but it's these kinds of nudges that make real shifts in human behavior. Just like any habit, it takes lots of cues and weeks of reinforcement to break the cycle of (as our friend David Grady put it) "Mindless Accept Syndrome". This change also keys in on a blog post that Trinity Ventures' Allison Baum wrote a little less than a year ago on a concept she called the "Flipped Workplace":

In the modern office, our presence is required for a certain number of hours. Though we are expected to be productive, the average worker is only productive for 2 hours 53 minutes of an eight-hour day, which is largely a result of juggling individual tasks with unexpected, unnecessary meetings and other distractions. The building blocks of innovation—meeting new people, asking questions, brainstorming—are nearly impossible to accomplish in the office, so they get pushed to the fringes.

A flipped workplace turns this on its head. Productive individual work is done outside of the office, on your own time, in your own place, at your own pace. Consequently, the office transforms into a space purely dedicated to meeting people, asking questions, brainstorming, and making unexpected connections.

Working Hours as a default option essentially reinforces what Baum talks about above: the office is for meetings, and your non-office time is for you. It's not to say that people will magically morph to working 40 hours a week, but rather that working hours make the calendar a defensible space against meetings that go well outside of normal working time.

If you want to get regular updates on GSuite releases, you can see their calendar here.

Better yet: if you want to start truly defending your time for what matters, sign up for Reclaim now.

Effective Meetings vs. Pointless Meetings: How to Tell the Difference & Prioritize Your Own Time

10 Google Calendar Issues You Didn’t Know You Had

Context Switching Is Destroying Your Workday: Here's How to Fix It

The only Google Calendar hacks you'll ever need 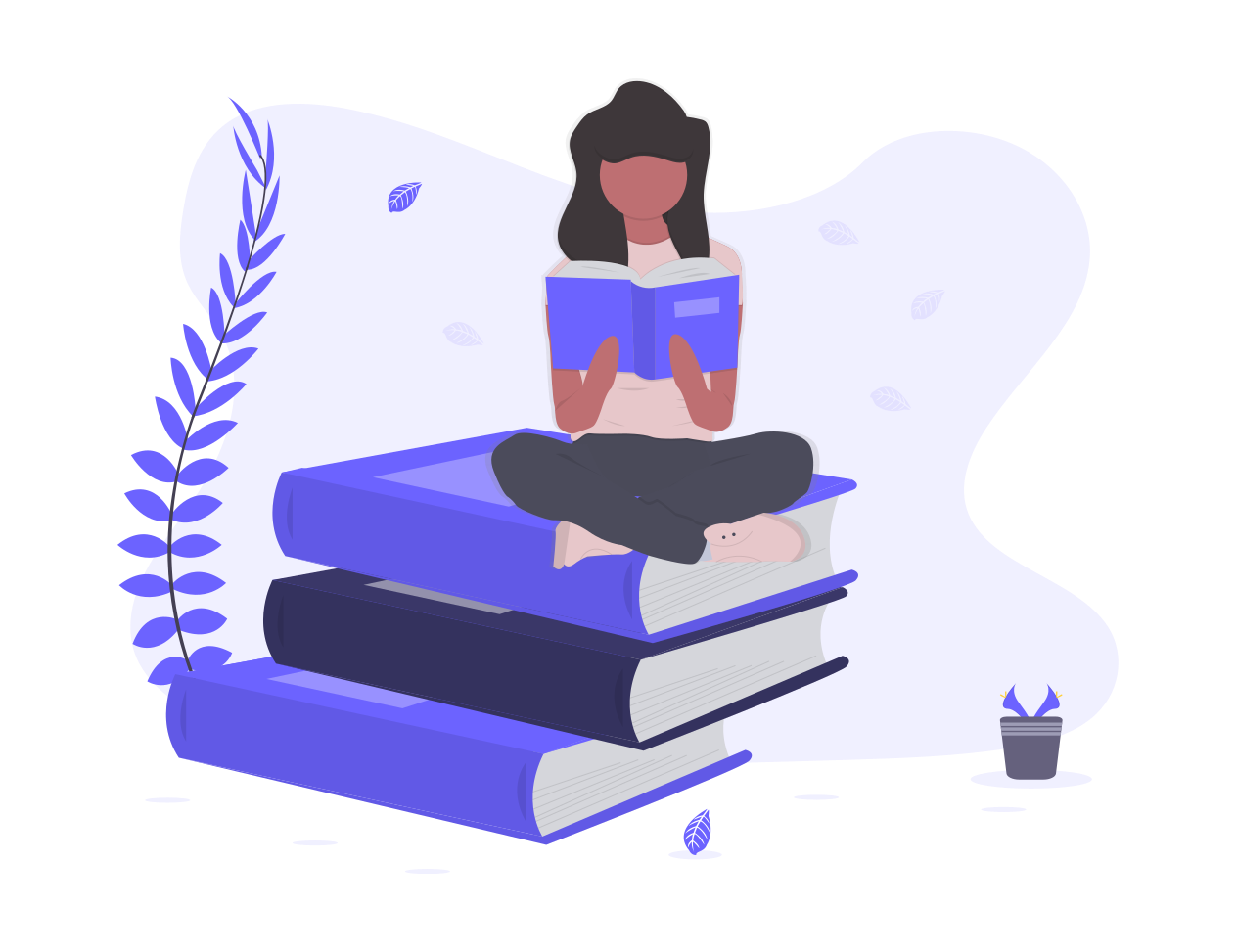 Time management experts and real-world data both suggest that making time to read isn’t about forcing it into the nooks and crannies of your schedule. It requires sustainable systems and habits. Here are five practical strategies you can implement immediately to reach your reading goals. 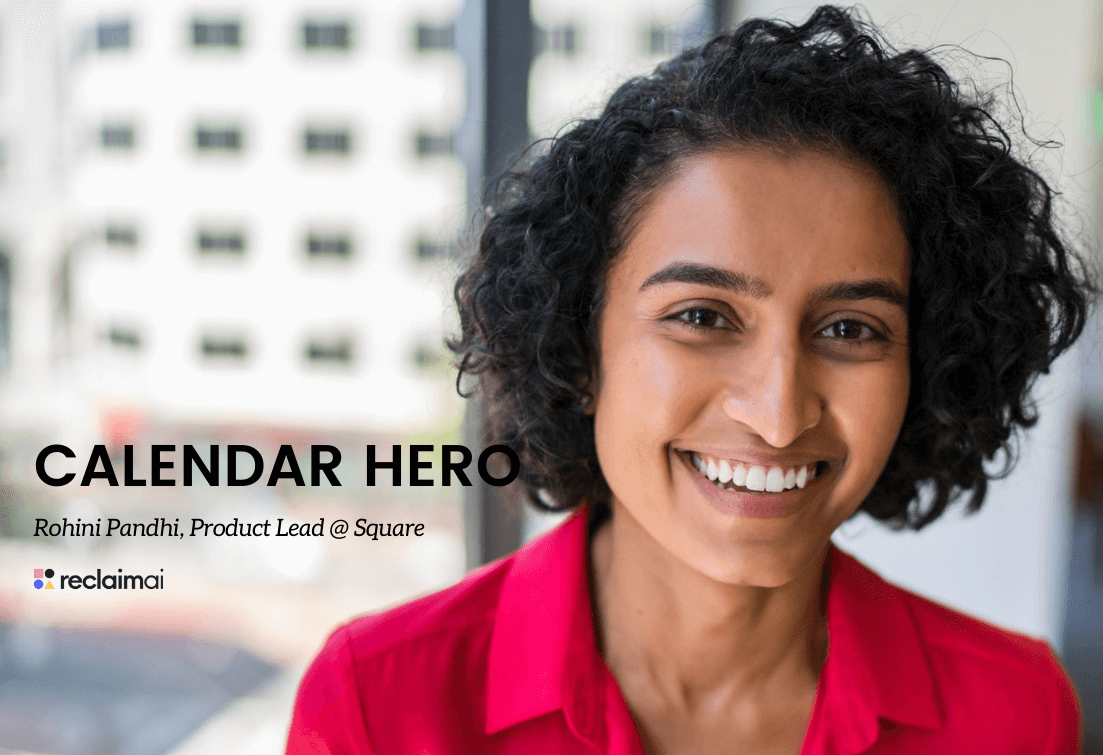 In this edition of Calendar Heroes, we talk to Rohini Pandhi, a Product Lead at Square, to learn about her style, tools, and methodologies for balancing priorities while leading the product efforts for one of the leading digital payment companies in the world. Follow Rohini at @rohinip on Twitter and on LinkedIn. 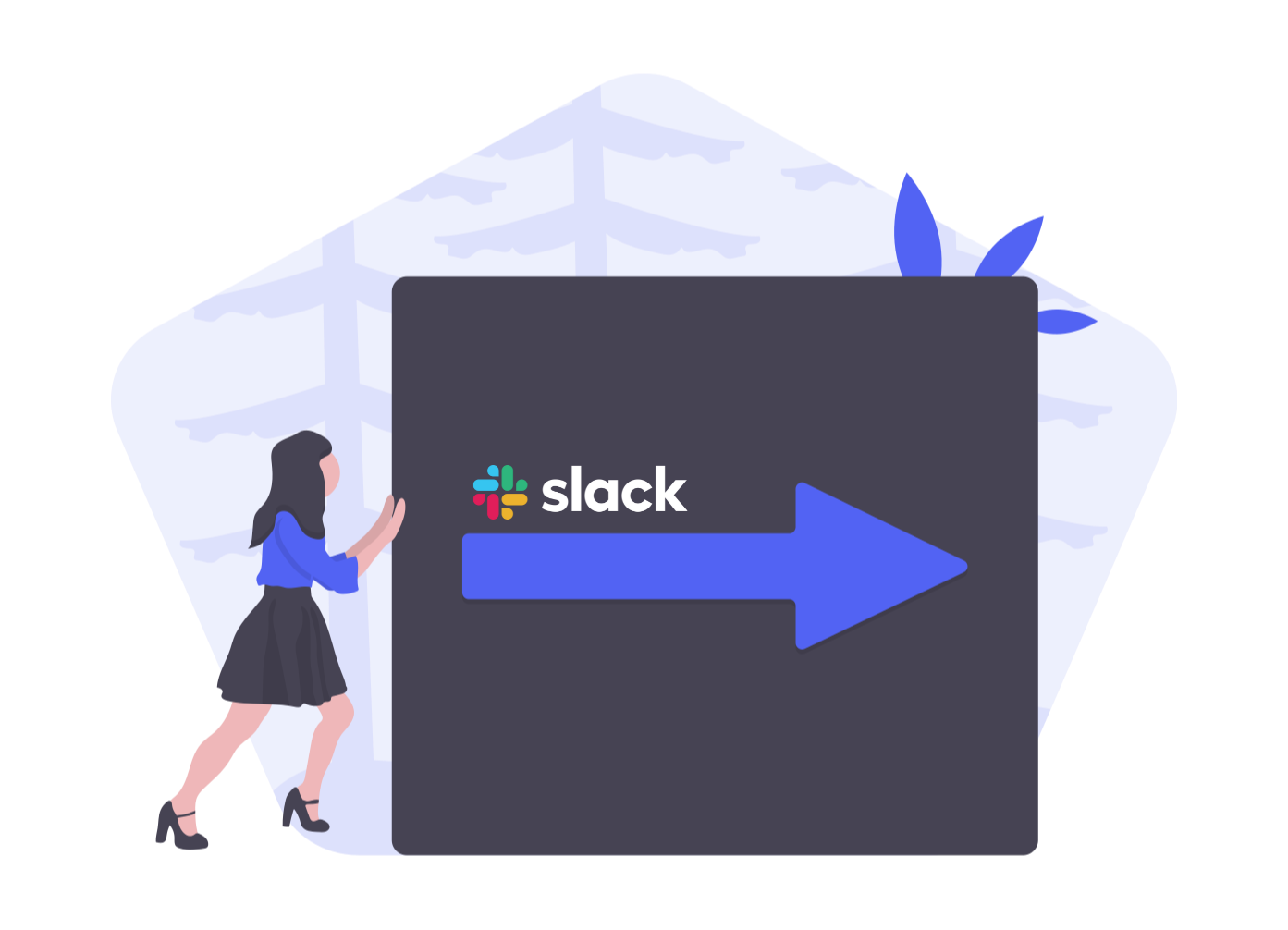 15 Best Slack Apps for the Future of Work

Check out the top 15 Slack apps productive teams are using today to build and support the future of work at their organization across calendar management, project management, status updates, HR and team building. 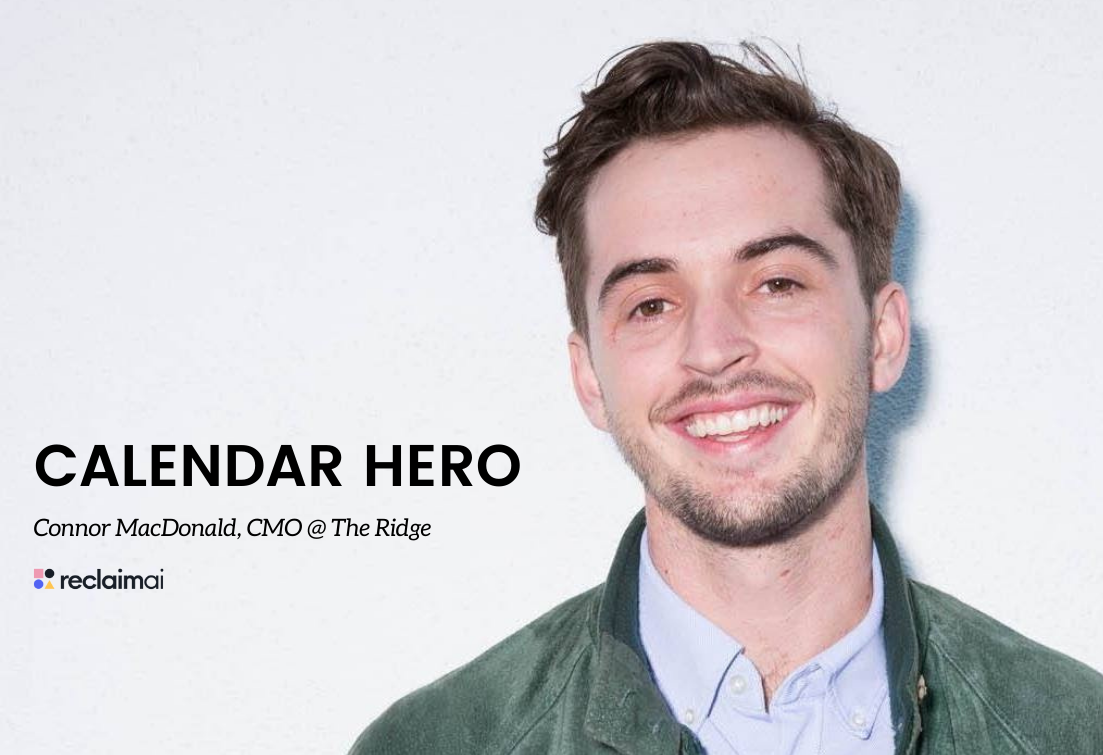 Calendar Heroes: Q&A with Connor MacDonald, CMO at The Ridge

We talk to Connor MacDonald, CMO at The Ridge, to learn about his style, tools, and methodologies for balancing priorities while leading the marketing vision for the brand that brought the world the first RFID-blocking wallet. Follow Connor at @couuor on Twitter and on LinkedIn. 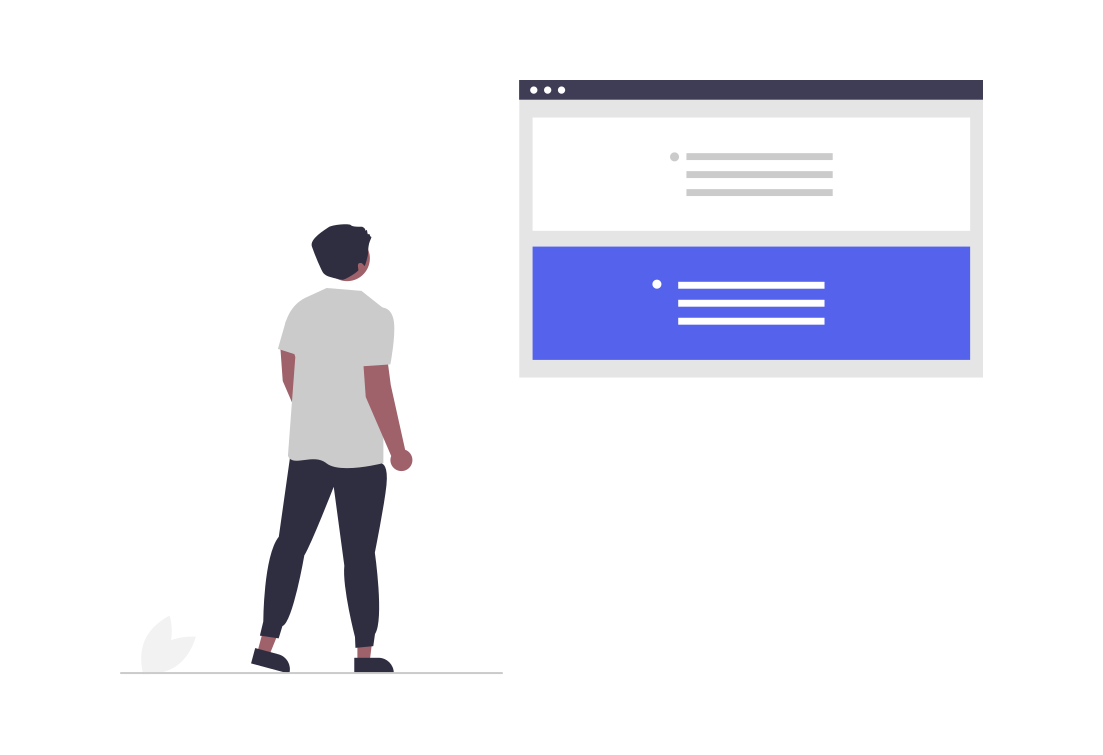 Clockwise vs. Reclaim.ai: 8 Key Differences in these Smart Calendar Tools

We get asked almost every day - what's the difference between Reclaim.ai and Clockwise? While we're both in the smart calendar space (and are awesome tools to help make more time in your calendar), there are some key differences to consider in these two calendar automation tools. 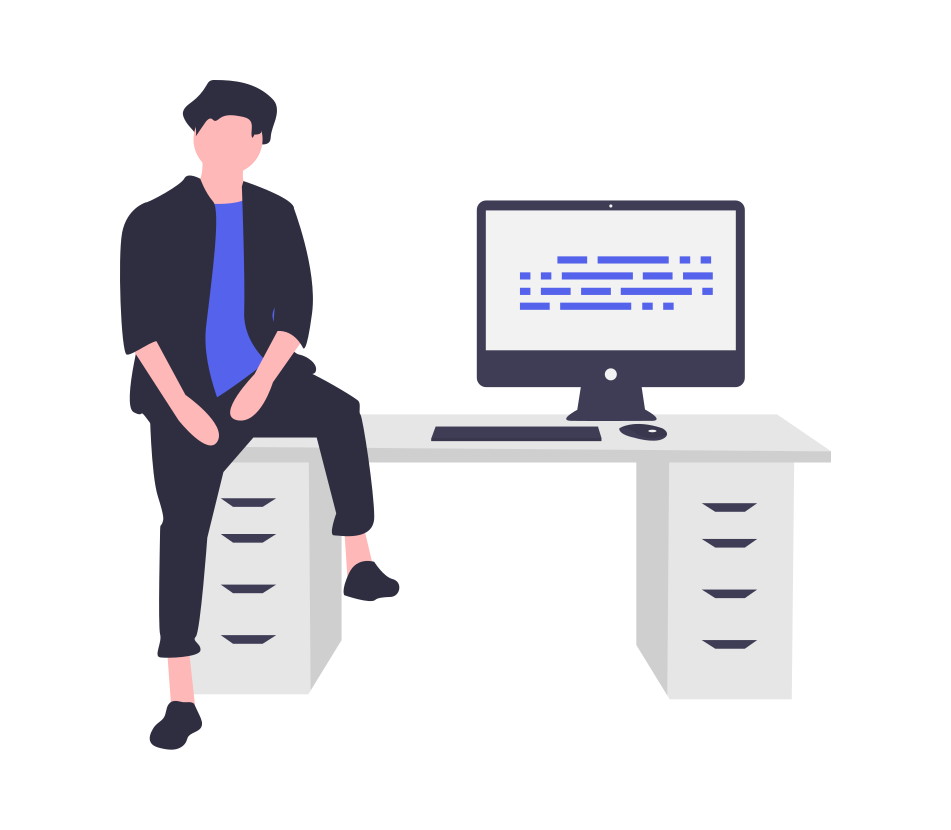 How to create better calendar event titles to communicate context to your invitees, colleagues, and incoming schedulers. Establishing workplace calendar communication is simple, yet it starts with the first thing people see: the event title. 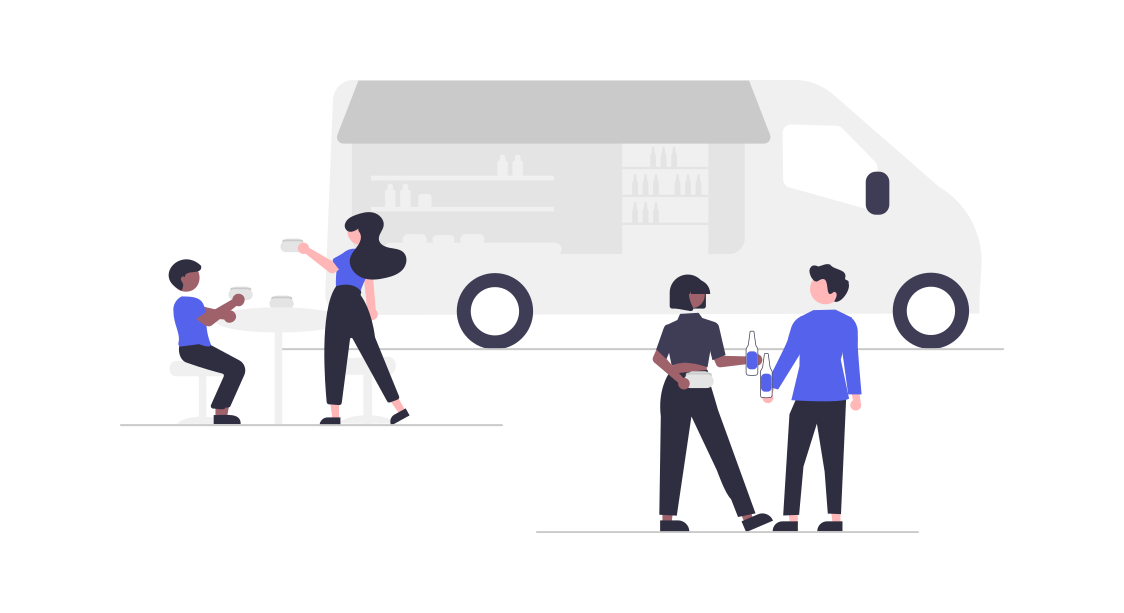 Want to improve your quality of work, energy level, and creativity? In this article, learn 5 ways in which taking a lunch will actually boost your productivity. 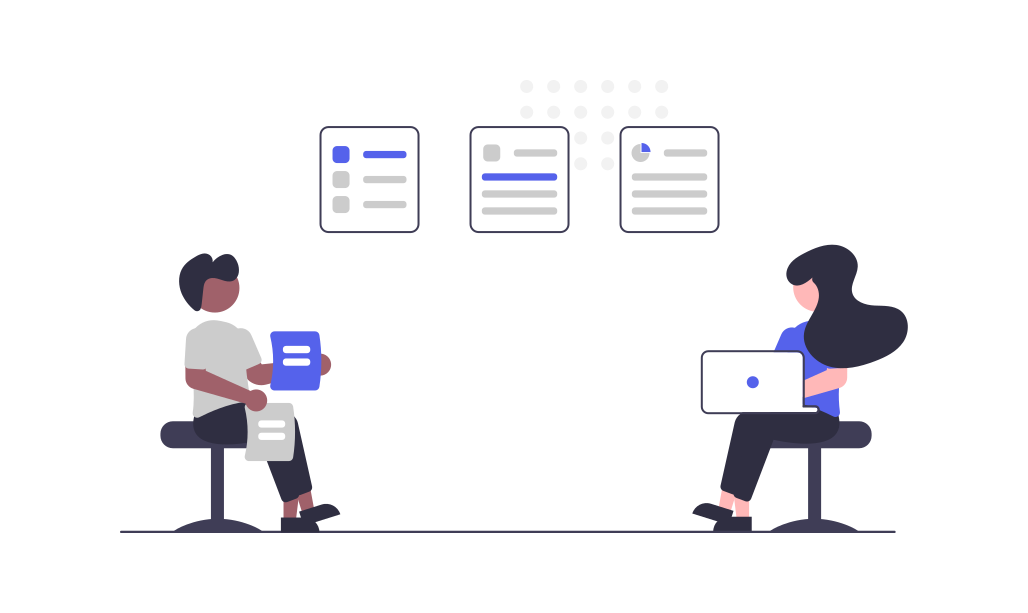 Effective Meetings vs. Pointless Meetings: How to Tell the Difference & Prioritize Your Own Time

Learn the 5 key differences between effective vs. pointless meetings, and 3 tips to avoid unnecessary meetings getting booked on your calendar. 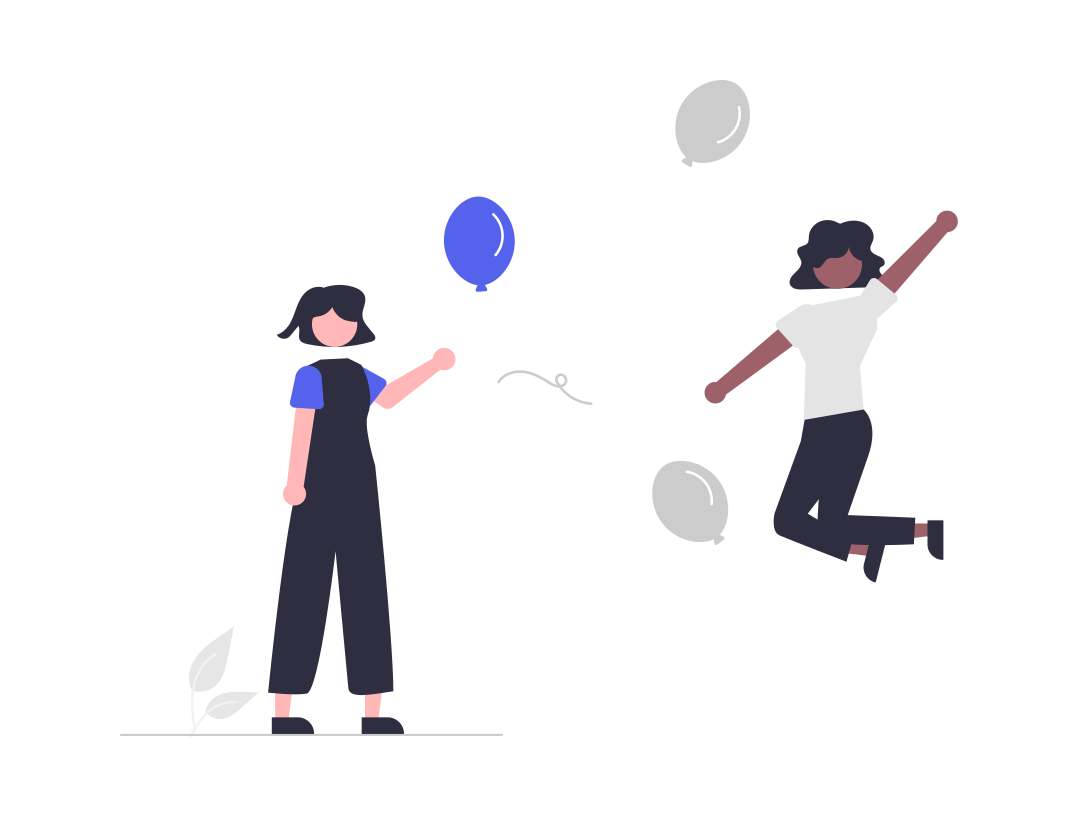 3 Ways to Find Work-Life Balance in the New Normal 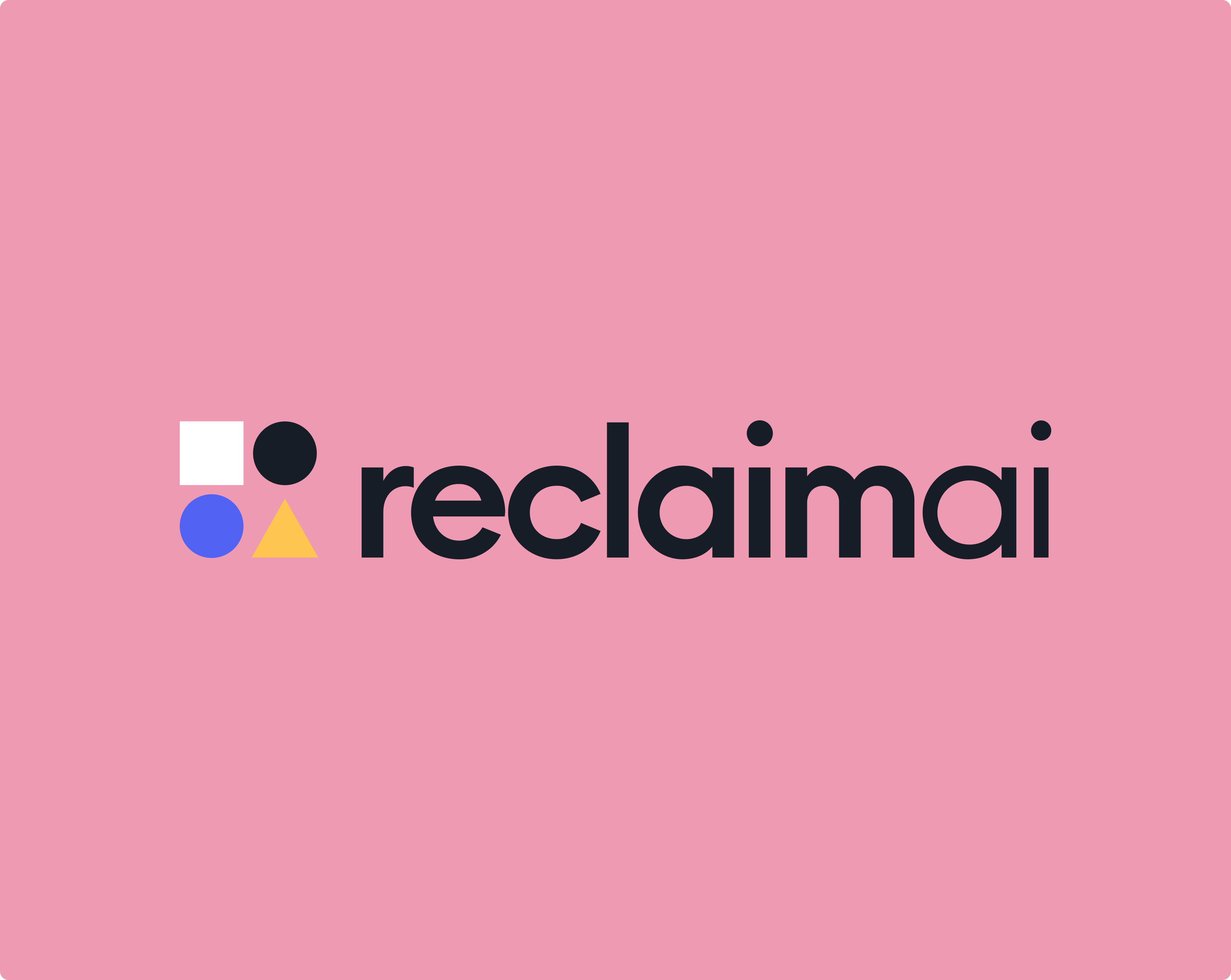 We're excited to announce that Reclaim has raised $4.8M in seed funding led by Index Ventures. Here's what comes next. 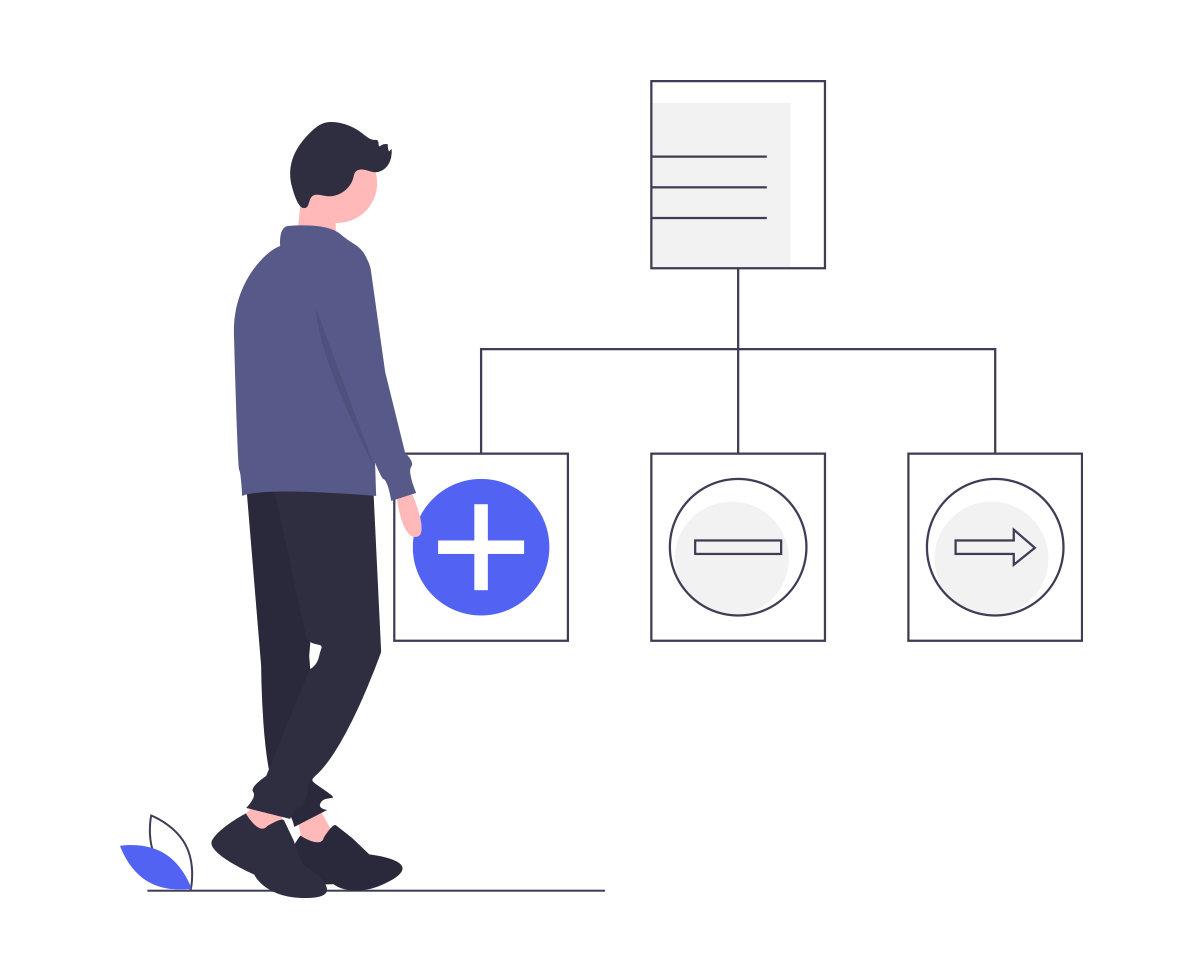 How to use the Pareto Principle 80/20 rule to block time for your priorities. 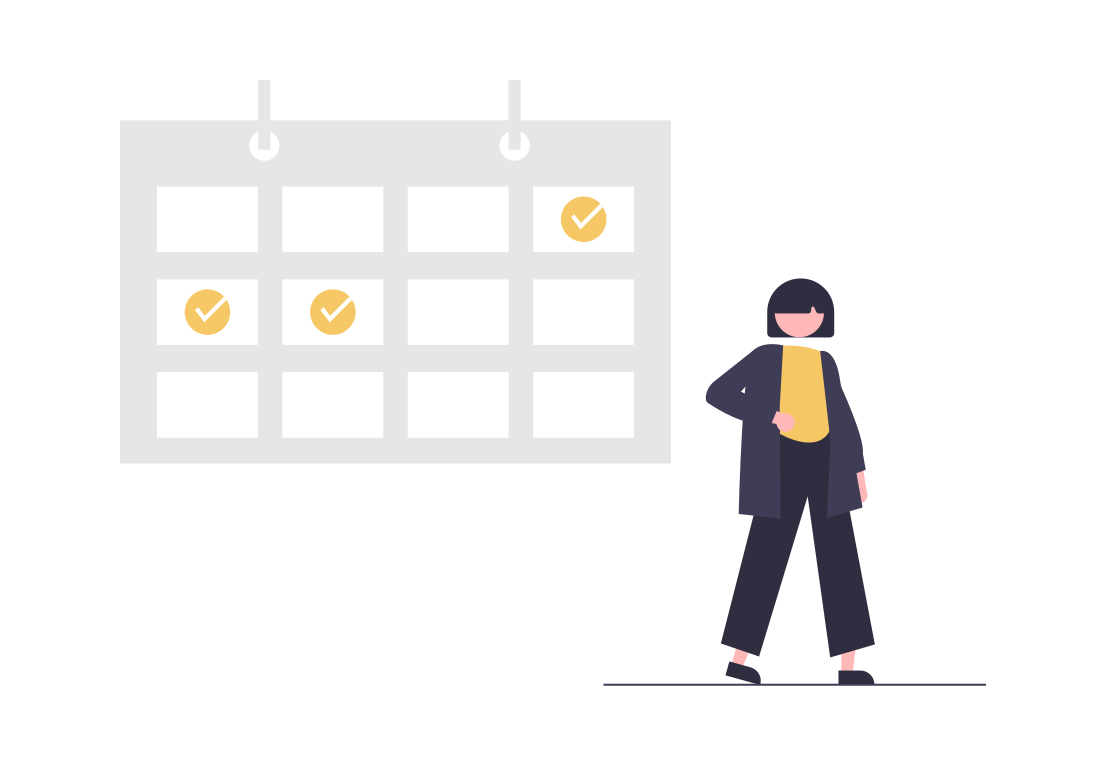 10 Google Calendar Issues You Didn’t Know You Had

Google Calendar is great, but sometimes it's not enough. Here are 10 problems you're probably experiencing, and how to use Reclaim.ai to make them 10 times better. 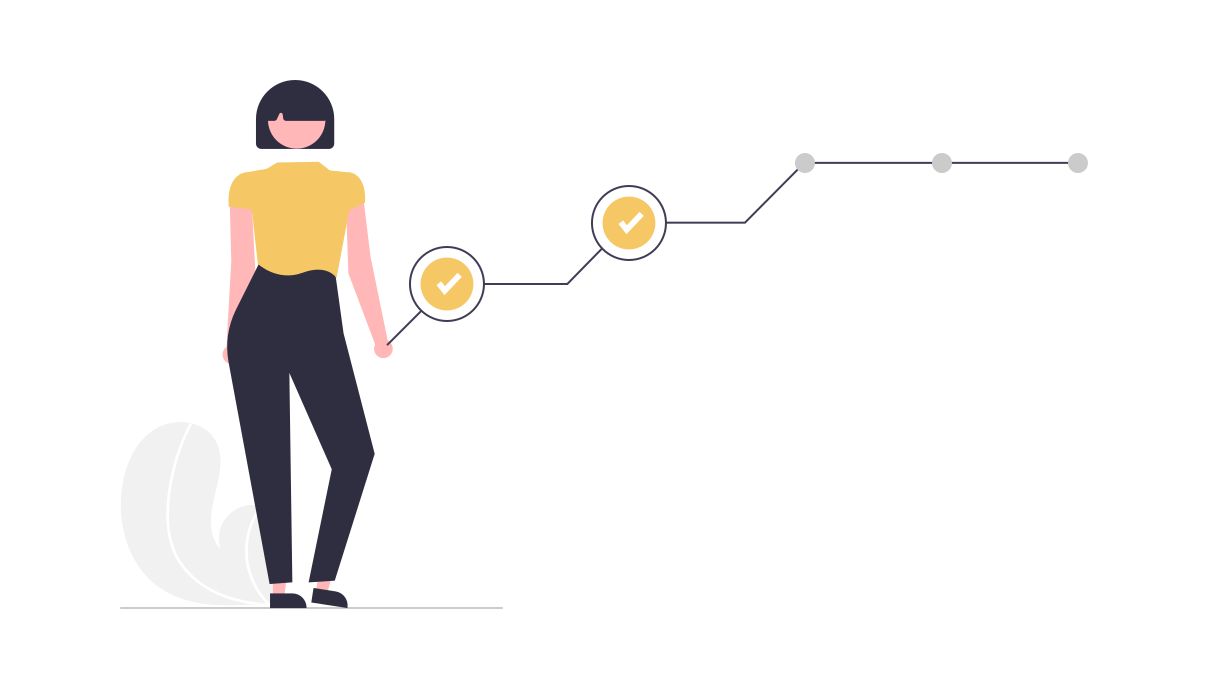 3 Single-Tasking Tips to Improve Your Focus

If you struggle to do one thing at a time, you're not alone. Here's how to switch to single-tasking to improve your focus. 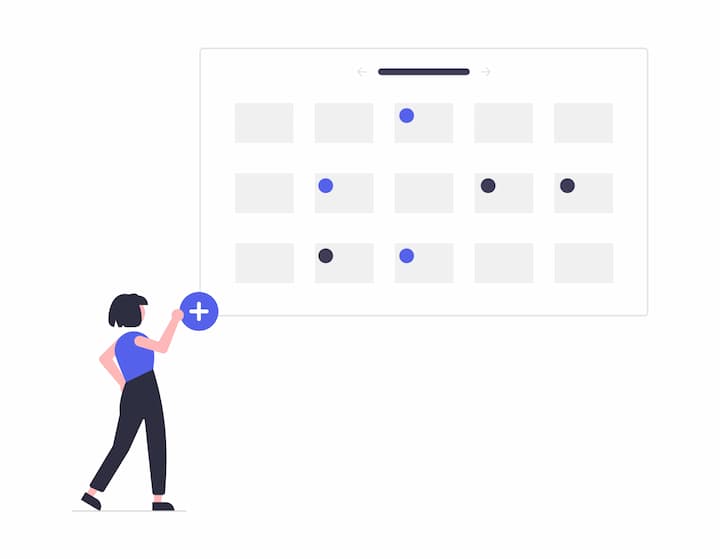 How to Create a Smart Calendar

A smart calendar can help you simplify calendar management and boost productivity. Here's how to create a smart calendar so you can take control of your busy schedule. 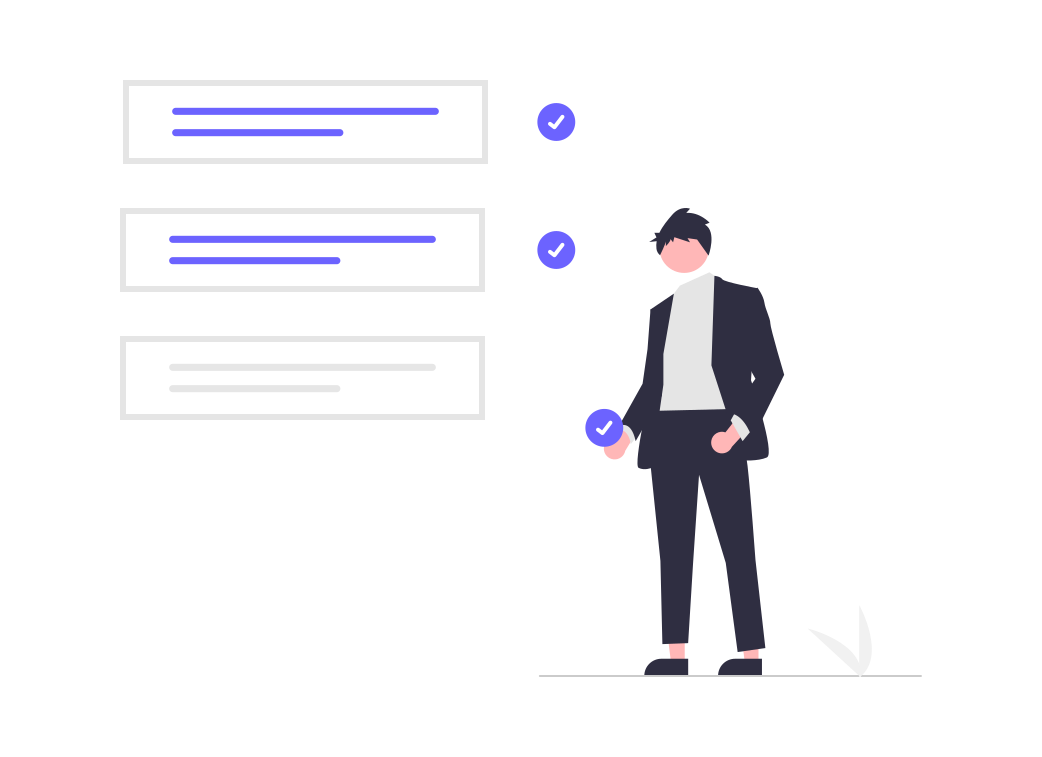 Time Management Advice - Top 3 Problems & How to Solve Them

Most time management advice is out of touch with reality. Here are the top 3 problems with it and how to solve them. 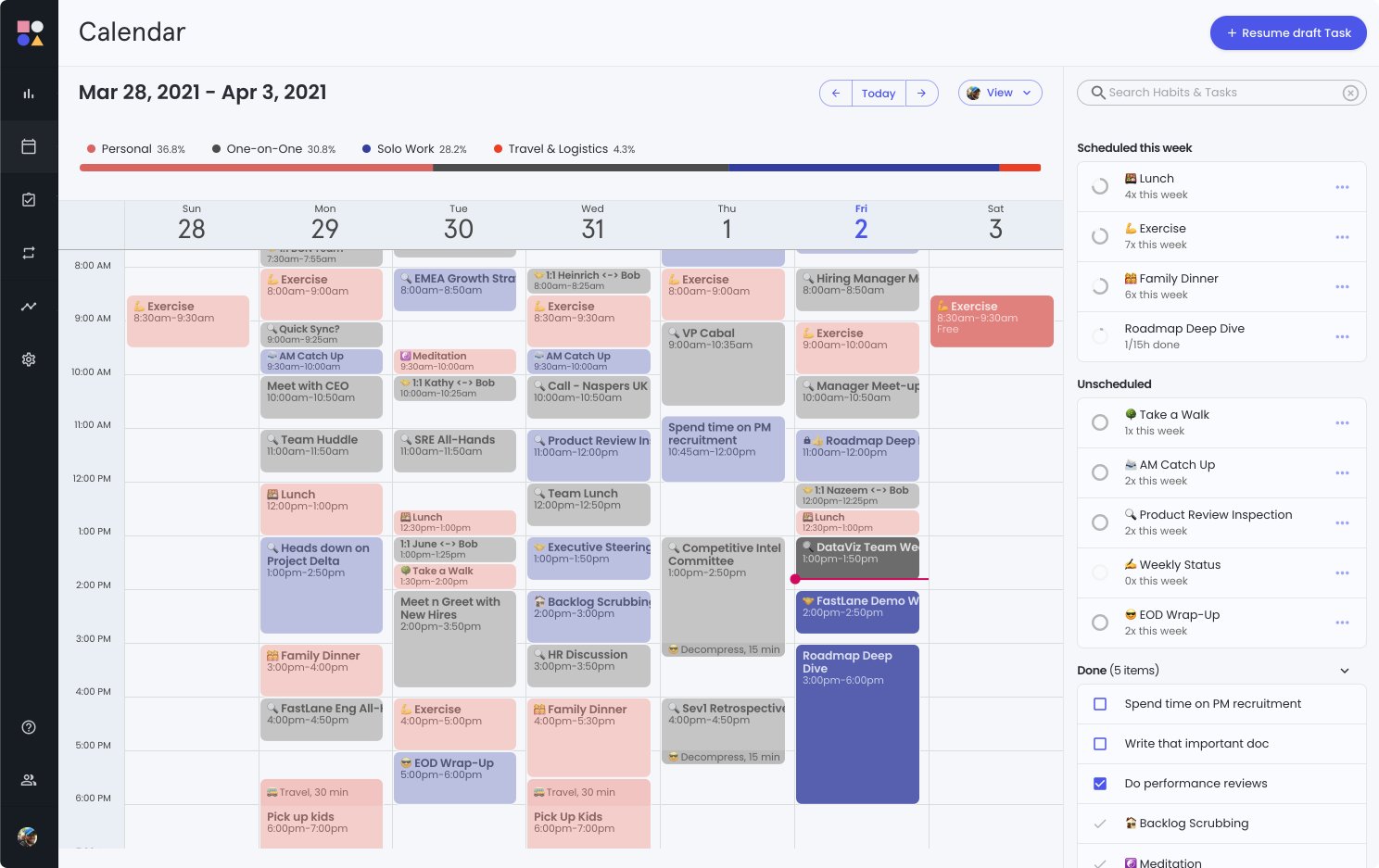 Announcing the Planner Beta: a New Way to Manage Your Workweek

We're excited to announce that Planner is now available in public beta for all Reclaim users. Planner lets you prioritize and schedule all your Tasks and Habits exactly the way you want, every week. 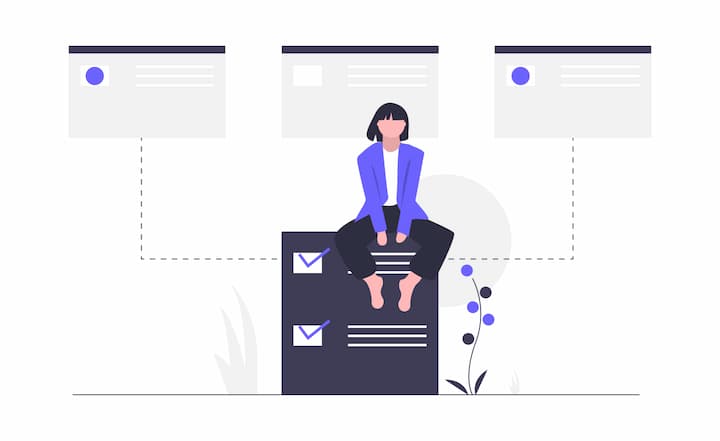 Blocking time in your calendar is one of the most proactive ways to manage your schedule. Here’s the most popular time blocking approaches. Plus: learn how to use Google Calendars and Reclaim to easily practice time blocking. 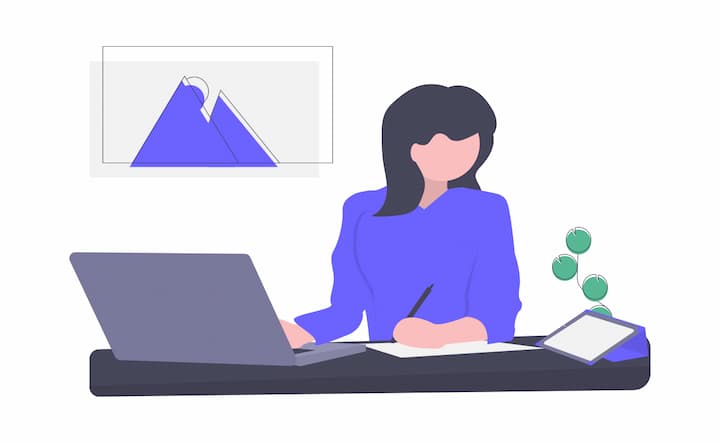 Context Switching Is Destroying Your Workday: Here's How to Fix It

How do you stop context switching from eating into your productive time? We look at tactics to help you reduce task switching and improve your concentration at work. 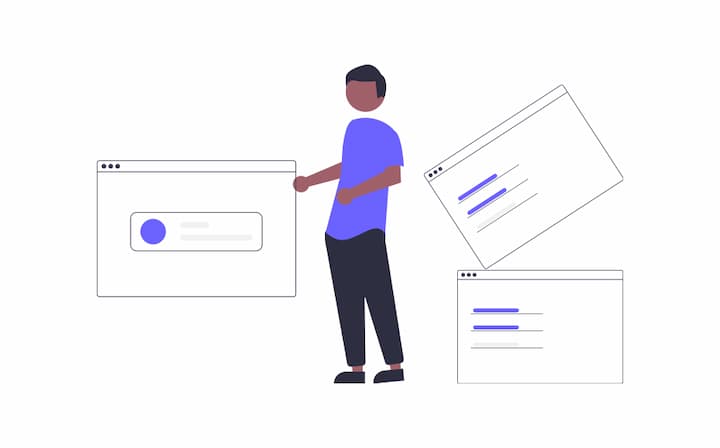 Why You Can’t Focus at Work, and How to Get Back on Track

It's not always easy to achieve deep focus in the modern workplace. Here are evidence-based strategies you can use to improve your focus during the workday. 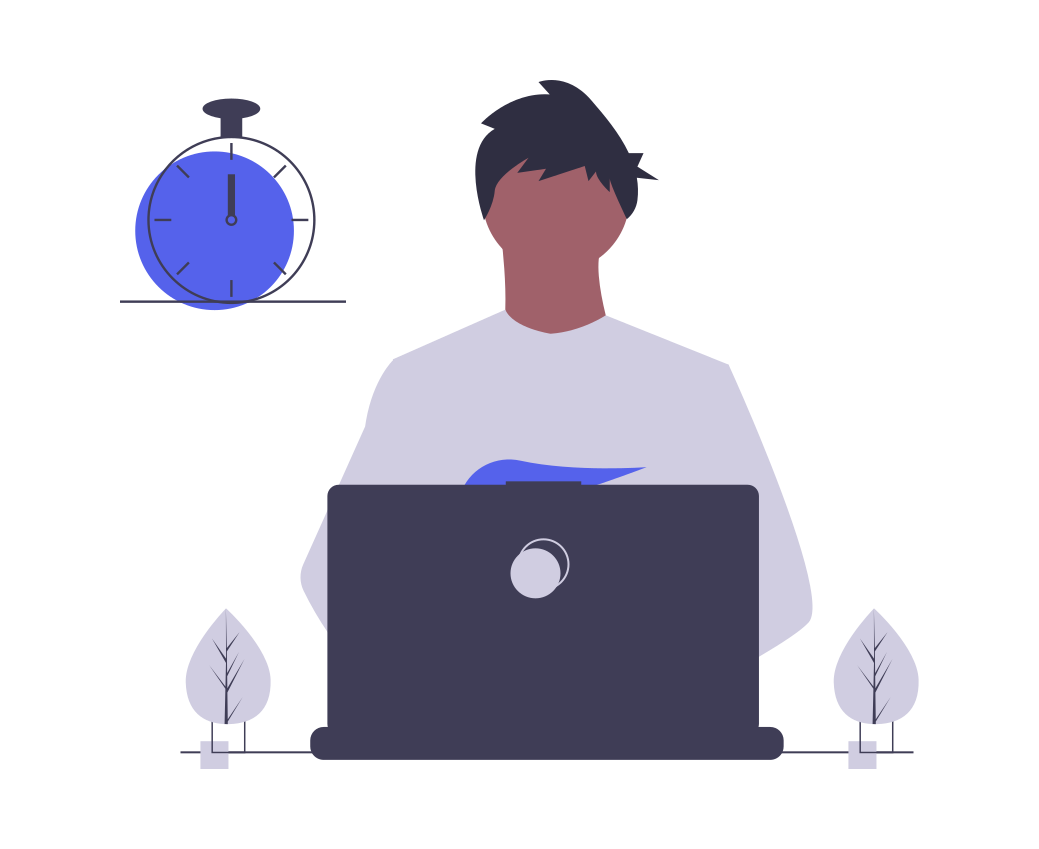 Time Management for Managers: How to Tame Your Busy Calendar

Battling to find time for your most important priorities? Here are time management techniques for regaining control of your calendar. 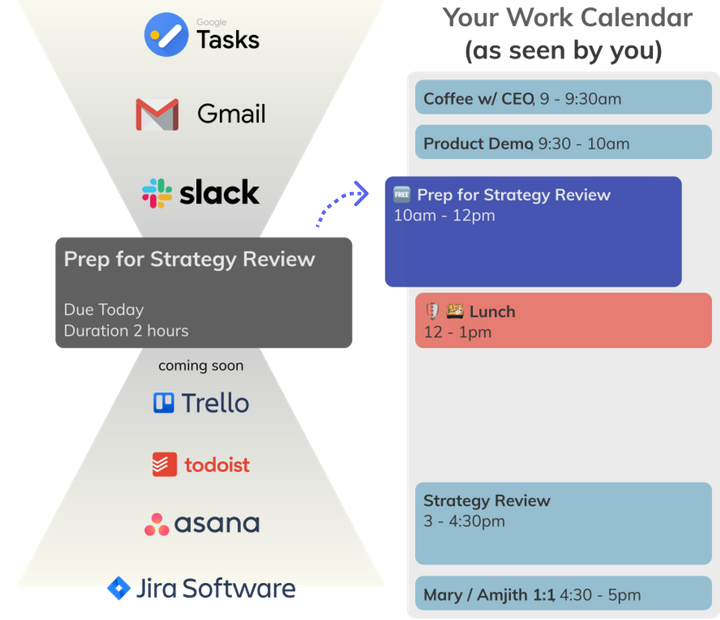 We just launched Tasks. It's like your backlog and your calendar decided to make it official and get hitched.

Struggling to make time for the things that matter in these crazy times? Never fear, Habits are here.

We had a chance to sit down virtually with Zachary Smith, who founded Packet before it was acquired by Equinix, where he now serves as Managing Director for their bare metal and edge computing business.

We just launched Reclaim Assistant, a smarter way to get your calendar under control.

The only Google Calendar hacks you'll ever need

Tired of reading posts about Google Calendar hacks and tips that just aren't useful? This is the one for you.

4 new features from Reclaim to help you work from home

If you're new to working from home or working remotely, these new features from Reclaim will help you to keep your sanity intact.

5 ways to help your remote teams

Now that your teams are remote, how do you make sure they don't burn out? Here are 5 ways to help your remote teams keep things balanced.

How good is your work-life balance?

How defended is your work calendar? Here are some numbers that might make you wonder.

We're excited to announce the launch of Reclaim LifeWork. Automatically block time on your work calendar for personal events, and never miss out on life again.

Are your weekly demos getting stale? Here are 8 easy ways to make them better.

In September, Google made some changes to its Working Hours feature that hint at how it's trying to defend your work-life balance.

Here's how your coworkers manage their calendars

We surveyed 37 workers across different roles to find out more about their calendar management and meeting habits.

How to have fewer (and better) meetings: a sitdown with David Grady

We sat down (virtually) with David Grady of TedTalk fame to chat about his perspectives on meeting hell, how to gracefully decline bad meetings, and where he sees the future of this whole affair going.

How to fix your broken work calendar

This handy template and tool gives you a way to take back your time by focusing on what matters.

Time blocking makes your calendar busy (in a good way)

Want to have a great workweek? Start by blocking time on your calendar.

Why does my calendar suck?

You're a smart person. You're good at focusing on the right stuff. So why does your schedule still suck?
See more posts